Tuz Lake (Tuz Gölü) meets 60% of Turkey's salt demand, and world's 2nd largest salt lake. The area of Tuz Lake is 1500 km2. It was formed by the effect of the rock structure in the region. Over time, rains and streams filled this area which had collapsed by tectonic movements and caused the rocks to dissolve.

Most of the water in the Tuz Lake evaporates in summer. A giant desert of salt emerges after the natural evaporation process.

Tuz Lake’s estimated salt reserves is 250,000,000 tons. It is one of the most salty lakes in the world. The salt content is 32.4% and the water density is 1-22.5 cm3 / gr. Tuz Lake has the world's highest quality and richest mineral structure. Since the 1800s salt has been extracted from the lake. 60% of Turkey's demand has been supplying from Tuz Lake.

Besides the Melendiz River, Tuz Lake is fed by many small currents and underground salt water resources. Three salt deposits in the lake produce 1.5 million tons of salt per year. Despite its size, it is a very shallow lake. Its depth does not even reach 0.5 meters in many places. In spring, where the water is abundant, the lake area reaches 164-200 hectares. Turkey's rainfall for at least the place is very poor in terms of area streams feed.

In terms of bird species, Tuz Lake is a habitat for largest number of bird species. The large water area covered in winter creates an important wintering area for water birds. There is only one similar lake to Turkey's second largest lake, Tuz Lake, located in United States.

There are 3 saltworks established on its shores of Tuz Lake in order to produce salt from Tuz Lake which contains 329 grams of salt per liter. The most important and the biggest saltwork is Cihanbeyli Yavşan Saltworks.

Salt has been one of the most valuable substances since its appearance on the world stage. Throughout the history of the world, battles have been fought and its value has risen to gold.

Human beings who did not know where the salt was found before the information provided by modern earth science desperately pursued the salt until the 20th century. Throughout history, salt was so precious that in some countries soldiers and workers received salaries as salt. The first of the major Roman roads was built to transport salt not only to Rome but also to the inner parts of the peninsula. The Chinese, the Romans, the French, the Venetians, the Habsburgs, and many other governments had set up a salt tax to find money for wars.

The earliest written source of salt production in China in BC800. The document referred to the production and trade of sea salt a thousand years ago during the Xia Dynasty. For centuries, Chinese governments saw salt as a source of income for the state. In China BC In the 12th century, texts on the salt tax were found. (Source: Mark Kurlansky, Salt- Salted History of Humanity)

Egyptians may be the first civilization to store meat and fish by salting. According to research, the Egyptians were producing salt by evaporating seawater in the Nile delta. The oldest documents related to the fish in salt BC2000 by China.

Ibn Batuta, the greatest wanderer of the Middle Ages who traveled on land in Africa, Europe and Asia in the 1350s, wrote that he visited Taghaza, which was built entirely from salt, including a magnificent mosque. The buildings made of salt fascinated the visitors, but the only material that could be used for construction in this region was salt blocks. The salt extracted in ancient Taghaza was transported to Timbuktu, about 750 kilometers away, by camels in 100-pound tablets.

For the Romans, salt was an essential part of establishing an empire. The first of the major Roman roads was built to transport salt not only to Rome, but also to the inner parts of the peninsula. In the Roman army, soldiers sometimes paid their salaries as salt. In the world they spread, they developed salt pits and established salt pans on the coasts, swamps and salt water springs all over the Italian peninsula. It was identified in the Roman Empire with more than 60 salts. In the Romans, salt was served at the table. The absence of salt shaker at a banquet table was interpreted as a hostile act and aroused suspicion, as salt symbolized the binding of an agreement.

In the Middle Ages and the Renaissance, putting salt on the table was the luxury of the rich. During this period, in the French kingdoms, the King's tables were covered with jewels and salt-filled vases. Particularly in the 16th century, when Italian goods were fashionable, there were chic salt bottles called “Big Salt”, as well as small salt shakers put on the table with changing dishes. The great salt was kept with the great master, the invitee or the guest of honor throughout the meal. Touching the salt with the finger was rude, sometimes even unfortunate.

THE SALT ON OUR DINNER TABLE IS FROM THE LAKE 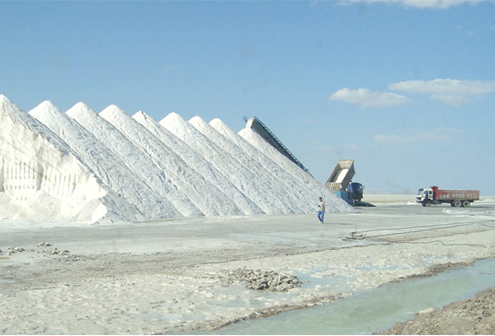 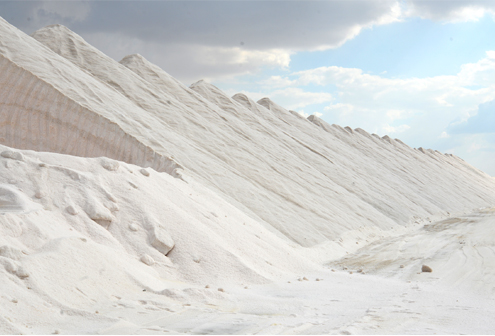 The world's only salt lake without a threat of environmental pollution 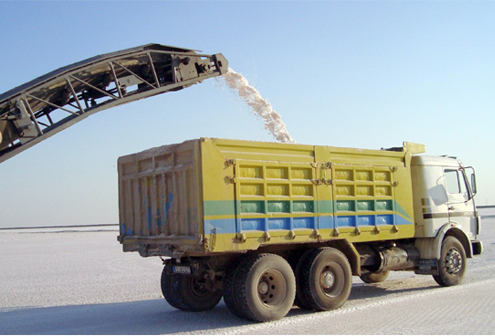